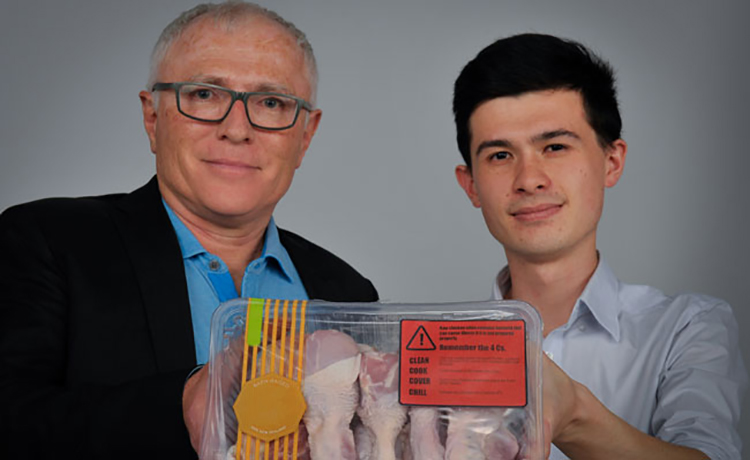 New research has found that many New Zealand consumers are unaware of the high levels of Campylobacter contamination of fresh chicken and most want safety labelling about the risks on poultry products.

A University of Otago, Wellington study of consumers, published last week in the international journal BMC Public Health, found that only 15 per cent of consumers were aware that most (60-90 per cent) of fresh chicken meat for sale in New Zealand is contaminated with Campylobacter. This bacteria causes campylobacteriosis, a severe form of gastroenteritis that hospitalises around 600 New Zealanders each year and paralyses an estimated 30 others with Guillain-Barré syndrome.

The researchers also assessed the quality of current chicken labelling in supermarkets and butcheries and identified major deficiencies in the safety information provided to consumers, with butchery labels in particular lacking any chicken preparation information.

“New Zealand has one of the highest rates of campylobacteriosis in the world and at least half of cases can be attributed to contaminated chicken,” says Philip Allan, one of the study’s authors and a medical student attached to the Department of Public Health.

“Our study showed that many consumers are not aware of the risks, and that retailers should do much more to inform shoppers.”

The study evaluated consumers’ knowledge of Campylobacter and safe chicken preparation, and identified several gaps. For example, while most survey participants were aware of the need to thoroughly cook chicken and to use separate utensils during preparation, many were unaware that rinsing fresh chicken under the tap could spread the infection or that freezing chicken reduced Campylobacter contamination.

The study was based on interviews with 401 shoppers over the age of 16 years recruited outside 12 supermarkets and six butcheries in the Wellington Region. At each location, fresh chicken products available for sale were photographed for subsequent analysis. Each label type (45 distinct labels) was independently assessed by two researchers for the quality of its content and display.

Consumers reported a desire for food safety information on chicken labels, with 70 per cent of survey participants stating that it was ‘essential’ to have information regarding safe handling and cooking on the poultry label.

More than half wanted the levels of Campylobacter contamination reported. Most participants thought a large, brightly coloured warning label containing safety information would be the most effective for communicating safe chicken preparation information.

“This study has identified some clear gaps in campylobacteriosis prevention in New Zealand,” says Professor Michael Baker, infectious diseases researcher and another of the study’s authors.

“Fresh chicken is heavily contaminated with Campylobacter and causes an estimated 30,000 New Zealanders to get sick each year. This food source is also spreading antibiotic resistant bacteria. It is New Zealand’s number one food safety problem.”

Because of the health and economic costs of Campylobacter-contaminated chicken, the study authors expect food safety regulators and chicken producers and retailers to be taking all reasonable steps to protect consumers.

“And yet there is no requirement to include safety information on fresh poultry packaged in supermarkets or butchers. Where labels are present the font is often tiny and barely readable. No labels even mentioned the word ‘Campylobacter’,” says Professor Baker.

The researchers emphasise that the most effective way to reduce campylobacteriosis rates is for the regulator (the Ministry of Primary Industries) to mandate lower contamination levels of fresh poultry. This measure has been highly effective in the past, halving the rate of campylobacteriosis in New Zealand when implemented in 2007.

“While improved labelling is important, it is no substitute for cleaning up our poultry,” says Professor Baker.

Consumers can reduce their risk of campylobacteriosis by switching from fresh poultry to buying cooked and frozen products instead, or to other lower-risk foods.