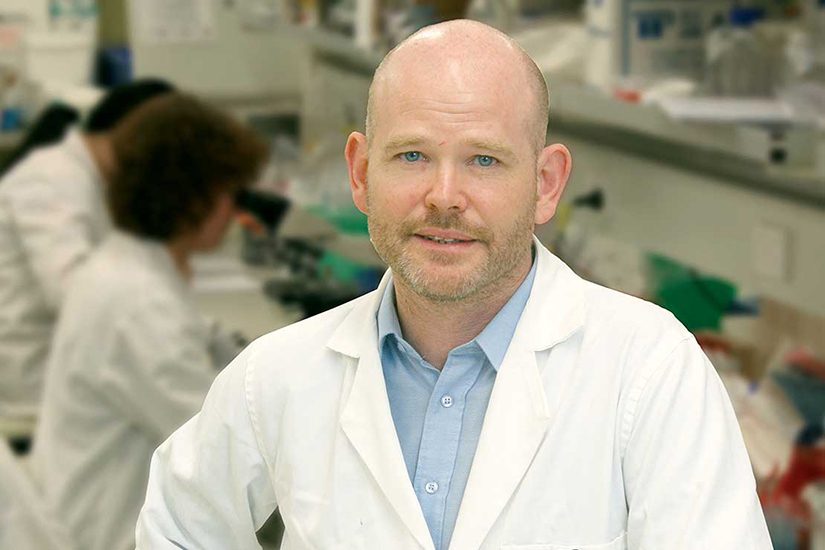 One Health Aotearoa Co-director Nigel French has been appointed distinguished professor, a title bestowed on up to 15 Massey University professors who have achieved outstanding international eminence in their fields.

The appointment was confirmed by Massey University Vice-Chancellor Professor Jan Thomas last week. Formal presentations will be made next month.

Distinguished Professor Nigel French, a world leader in molecular epidemiology and public health research, heads the New Zealand Food Safety Science and Research Centre. The centre is jointly funded by industry and the Government to deliver world-class strategic scientific research that benefits consumers.
A graduate of the University of Bristol, where he attained his Bachelor of Veterinary Science (1987) and PhD (1993), he also has a Master of Science in Epidemiology from the University of London (1993).

In 2004 he was appointed Professor of Food Safety and Veterinary Public Health at Massey. He has led research programmes that have informed the control of infectious diseases in New Zealand, with a focus on reducing the public health impact of food and water-borne pathogens. He founded the Molecular Epidemiology and Public Health laboratory in 2005, which has grown to become a leading infectious disease and public health research group in New Zealand. In 2012, he established the Infectious Disease Research Centre bringing together six research groups across Massey University, including mEpiLab and the EpiCentre, in a multidisciplinary network, comprising mathematical modellers and statisticians, micro and molecular biologists and evolutionary biologists.

In 2014 he was elected as Fellow of the Royal Society of New Zealand, in recognition of his contribution to the control of foodborne disease, both in New Zealand and overseas. In 2012, he received the Massey University Research Medal, the University’s highest award for an individual researcher, in recognition of his work on food safety and the control of infectious disease.

His work has seen him acquire more than $60 million in research funding since 1998, including two prestigious Royal Society Marsden Fund grants.