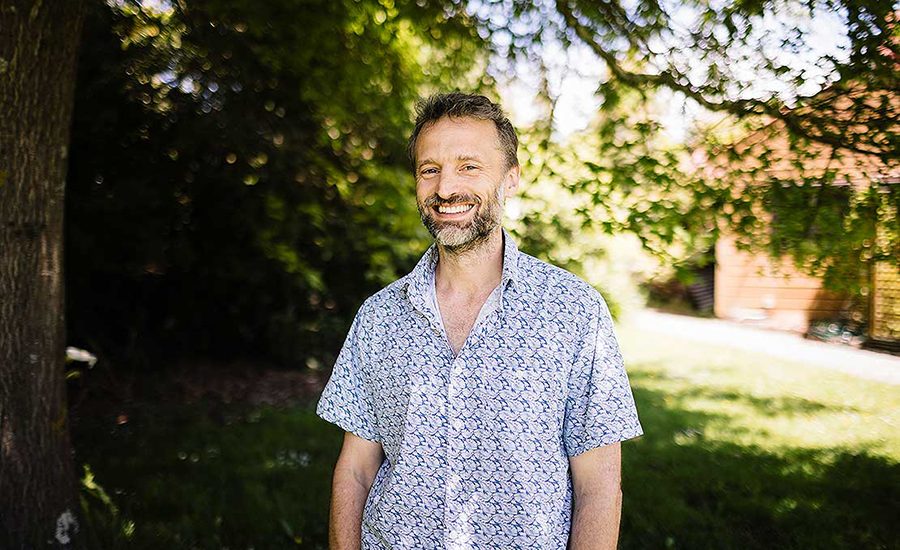 Building on Massey’s expertise in epidemiology and public health is the aim behind a position that has been newly established by the Massey University Foundation. The Percival Carmine Chair in Epidemiology and Public Health has been generously funded by Massey alumni Anne and Bryce Carmine to the value of $3.5 million for the next 10 years, and will be occupied by Professor David Hayman from the School of Veterinary Science.

Professor Hayman is a world expert in infectious disease ecology and has particular expertise in emerging bat infections. He holds numerous international roles, including on a newly established “One Health” High Level Expert Panel advising the Food and Agriculture Organisation (FAO), the World Organisation for Animal Health, the United Nations Environment Programme, and the World Health Organisation on health crises arising from the human-animal-ecosystem interface and strategic approaches to reducing the risk of pandemics. He is also currently involved in a research project that explores what factors allow pathogens, such as coronaviruses, to ‘jump’ from animals to humans in particular environments.

Anne and Bryce say the ability to endow a Chair in Epidemiology and Public Health will enable Professor Hayman and his team to continue this significant research, and other multi-disciplinary projects, that are of particular importance to the current global situation. “We are delighted to be able to support research that has the potential to contribute so much to society’s understanding of infection transmission, spillover and subsequent disease, and potentially inform future policy,” Bryce says.

Anne adds that the Chair will provide postgraduate and postdoctoral training in epidemiology and public health in New Zealand, therefore facilitating the development of skilled researchers.

Professor Hayman says he was hugely honoured to be the recipient of this extremely generous donation. “The continuity of the funding and amount allow both long-term planning and flexibility, which will enable me and my team to continue some ambitious infectious disease research both within New Zealand and internationally.”

Head of Tāwharau Ora – the School of Veterinary Science, Professor Jon Huxley, says the School is humbled by the generosity of Anne and Bryce. “It is difficult to overestimate how transformative their generosity will be for Professor Hayman and his critically important research, but also for us as a School. Having a named philanthropically funded Chair is a very big deal for our School and is another huge step forward in our aspiration to take the very best of New Zealand veterinary science to the world.”

Massey University Vice-Chancellor Professor Jan Thomas says the Chair is significant for the university as it recognises Massey’s long-standing expertise in the area of infectious disease. “We are delighted to make this appointment as it will strengthen our contribution and credentials in this area at a time when the world needs it most.”

Anne and Bryce are both second generation Massey alumni, and have been heavily involved with the university for a number of years. The new position is named after Anne’s father Cam Percival, who graduated with a degree in agriculture in 1945. Subsequent to graduating, Cam went on to make a pivotal contribution to the discovery of facial eczema in sheep in New Zealand, as well as global contributions through his work with the FAO and the World Bank.

The family connections and value of the education each family member received from Massey, plus the desire to give back to Massey were key motivating factors behind the decision to make such a contribution, says Anne. “Our Massey education was critical for both Bryce and I in securing our first jobs and anchoring our future careers.”

Anne began her career as a clinical trial co-ordinator for the pharmaceutical company Merck before transitioning to Adis Press as a medical writer. She then went on to gain a Masters of Science from Butler University in the United States. Bryce began his career as a hospital sales representative. He went on to various senior executive roles with Eli Lilly & Co with responsibility for global pharmaceutical sales and marketing, and the development of new products prior to their approval by regulatory agencies. He subsequently became founder, CEO and chairman of biotech company HaemaLogiX and is also a board director for Kazia Therapeutics, a company dedicated to the development of a product that treats a form of brain cancer.

“Anne and I firmly believe that our education at Massey established a scientific curiosity and built an understanding that following the scientific evidence of a well-designed research project is critical for valid conclusions and the creation of new knowledge. This is the essence of Professor Hayman’s project that we’re now supporting at Massey,” Bryce says.

Anne and Bryce have supported a number of projects at Massey since 2017, including providing grants for research in the areas of microbiology and molecular biology.