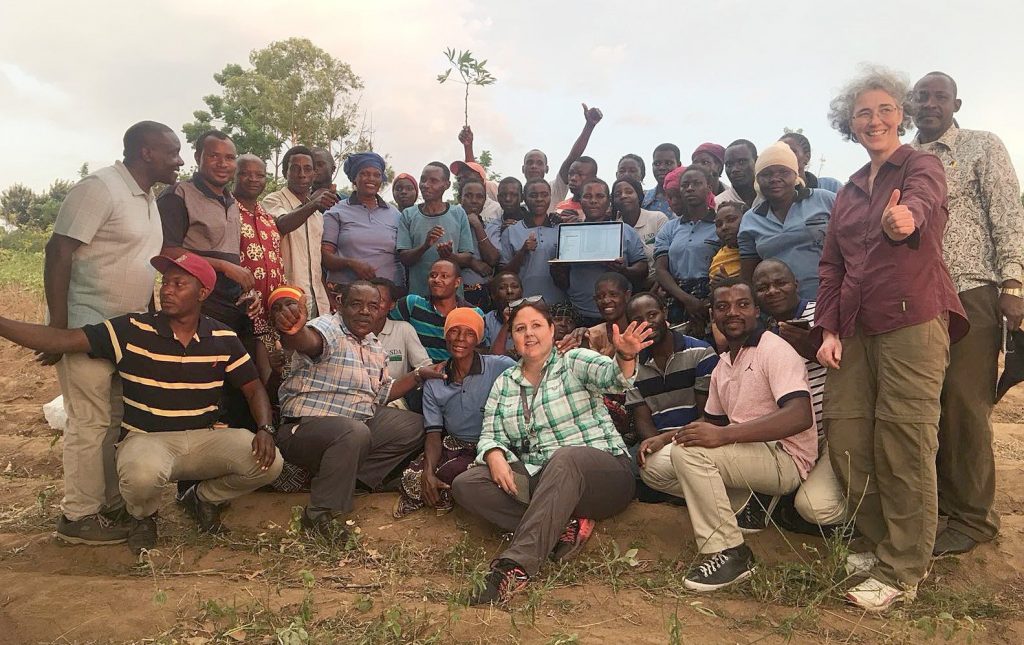 In a world first, international scientists including a University of Otago researcher, have used whole genome sequencing to help diagnose a plant pathogen destroying crops on African farms, potentially paving the way for preventing crop failures, vital to the African economy.

Dr Jo-Ann Stanton, a Senior Research Fellow in the University of Otago’s Department of Anatomy, helped develop the PDQeX, one of the two prototype technologies which have made it possible to carry out the whole genome sequencing on remote African farms.

“For the subsistence farmers of East Africa this is the difference between having food and an income or going hungry,” she says.

“Crop failure means a loss of food security and no income for school fees, supplies, farm improvements or maintenance.”

The team including scientists from Mikocheni Agricultural Research Institute in Tanzania, the National Crops Resources Research Institute in Uganda, Jomo Kenyatta University of Agriculture and Technnology in Kenya and the University of Western Australia worked together under the “Cassava Virus Action Project” with cassava growers in three countries: Tanzania, Uganda and Kenya.

Cassava, a tuberous root of a tropical tree which produces flour and a starchy vegetable similar to potato, is under attack from viral pathogens that reduce or destroy the crop. Farmers affected by the growing viral threat depend on cassava for their main food source and yearly income.

“800 million people worldwide depend on cassava as their main source of calories and virus spread is a significant global threat,” Dr Stanton says.

As a researcher her vision is to take complex molecular diagnostics out of the lab and into the hands of non-experts to facilitate rapid, accurate and cost-effective responses to real-life situations. This project is achieving exactly that.

Using hand-held molecular diagnostic devices, Dr Stanton and the team has been able to carry out whole genome sequencing on the farms. A device (PDQeX) from New Zealand company ZyGEM that permits on-site DNA extraction, was used together with the MinIT base-calling mini-supercomputer made by UK company, Oxford Nanopore.

Bringing these technologies together with the MinION, a portable DNA sequencer, it was possible to select either leaf, stem or insect samples on the farms, prepare the DNA for sequencing and then covert raw data to DNA sequence reads for data interpretation, all in real time.

Dr Stanton says the whole process took less than four hours from sampling to diagnostic results and all devices were run on battery working outdoors at the farms.

The project has significant implications not only for the African farmers, she says.

“On a broader level, this breakthrough has applications in areas of human and animal health, environmental management and conservation.

“The need for accurate, rapid and on-site diagnosis is growing as globalisation of human activity accelerates.”

The collaboration arose through an introduction facilitated by University of Otago research hub, Genetics Otago, which hosted University of Western Australia researcher Dr Laura Boykin as a guest lecturer.