Why rapid genome sequencing is key to finding out how long Delta has been in NZ, and how large this outbreak might be

Home » Why rapid genome sequencing is key to finding out how long Delta has been in NZ, and how large this outbreak might be 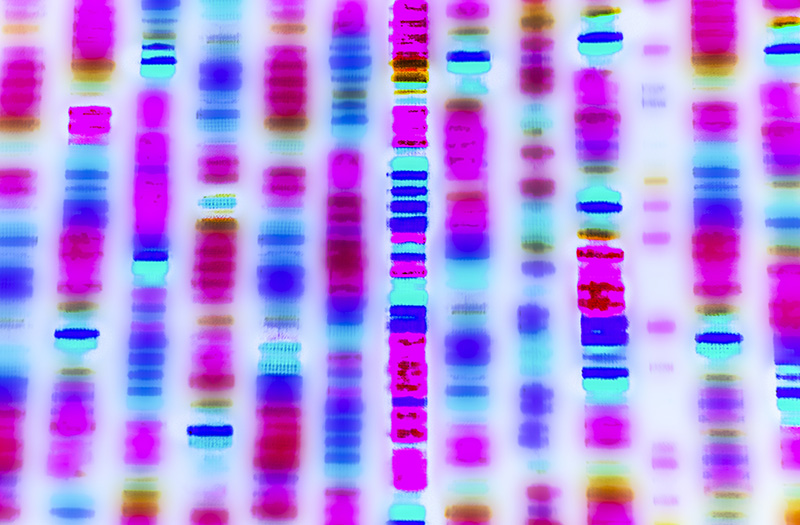 We knew the Delta variant would eventually arrive in Aotearoa, but real-time sequencing, which produces full genomes from positive cases in less than 12 hours, will ensure the lockdown is as short and effective as possible.

There are now 21 cases and we can expect more to be reported over the coming days. Genome sequencing of the first case, identified on Tuesday, did not show any direct matches to cases found in managed isolation facilities, but it is linked with the current Delta outbreak in New South Wales.

But the newer cases in the cluster are a close match to a returnee from Sydney who arrived on a managed flight on August 7, tested positive two days after arrival and was transferred to hospital on August 16.

The genomes and cases we have found so far cannot tell us how many cases there are, but modelling by Te Pūnaha Matatini, which takes into account the number of people with COVID-like symptoms getting tested, suggests the outbreak was already between 30 and 75 active cases by the time we discovered it. Whatever the number is, it is almost certainly still growing.

Because of its higher transmissibility, Delta has become the dominant strain in many parts of the world, including in Aotearoa. All cases found at our border over the past three months have been the Delta variant 170 full genomes found so far.

Read more:
‘Genomic fingerprinting’ helps us trace coronavirus outbreaks. What is it and how does it work?


While this is the first community transmission of the Delta variant we’ve seen in Aotearoa, that is mainly because our border detection and management has been successful in keeping it at the border until now.

Lockdown measures along with tracking, tracing and isolation will dramatically reduce the opportunity for the virus to spread and hopefully bring the R number below 1 so that the number of new cases will eventually start dropping.

As we find more cases that are not directly linked to each other, their genomes will give us some information about how large the outbreak might be. Essentially, the greater the diversity in the genomes we see, the older and larger the outbreak is likely to be.

If all the cases have identical genomes, it would mean the outbreak has not been around long enough to pick up mutations. But if there are several mutations that separate cases, it would mean there is probably a longer chain of transmission between the cases and a potentially large number of as yet undiscovered cases.

The Delta variant of SARS-CoV-2 (the virus that causes COVID-19) was first seen in India in late 2020 and is the most recent “variant of concern” to have been identified. Variants of concern are lineages that are either more transmissible, cause more serious disease or show greater ability to evade vaccines.

Delta is a variant of concern first and foremost because it transmits at a much higher rate than previous variants. Its basic reproduction number, R0, is estimated to be around 5 or 6. In an unvaccinated population with no other prevention measures, this means an infected person would likely infect five or six others, compared to about two or three for the variants that were dominant in 2020.

Read more:
SARS-CoV-2 mutations: why the virus might still have some tricks to pull


Like other variants of concern, Delta has a large number of mutations that distinguish it from other SARS-CoV-2 lineages. It is characterised by over 20 mutations, including nine on the spike protein which enables the virus to stick to and infect cells. Essentially, these changes make the virus more sticky and more successful at infecting cells and replicating.

This results in much higher “viral loads” (the overall number of viral copies an infected person has) and people becoming infectious and symptomatic more quickly. Combined, this results in faster transmission and larger outbreaks.

We know that SARS-CoV-2 transmission depends on superspreading events — when a small number of cases (perhaps 10-20%) are responsible for most (80%) of the transmission.

We saw this in Aotearoa’s first wave in 2020, which was dominated by a few large clusters. It was also evident in various lucky breaks we have had since then, when cases in the community have not transmitted the virus to household contacts.

Delta is different in that fewer Delta cases have no onward transmission but it seems likely this is just a function of the overall higher transmissibility, rather than a change in super-spreading behaviour.

The other reason Delta is of concern is because it is more able to infect vaccinated people. Such breakthrough infections remain rare, and vaccines are still very effective at preventing serious disease.

But people with breakthrough infections can pass the virus on to others, albeit at a lower rate.

The speed at which the Delta variant spreads means we cannot vaccinate fast enough to change the course of the current outbreak. But if we eliminate this outbreak and rapidly roll out the vaccine in the next few months, future outbreaks will be easier to control.

This article is republished from The Conversation under a Creative Commons license. Read the original article.