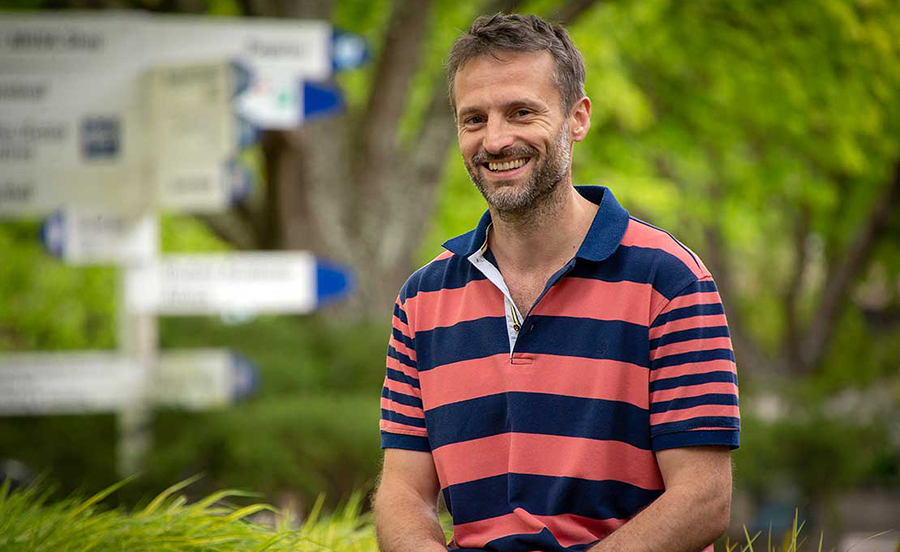 Massey University Professor of Infectious Disease Ecology David Hayman has been a part of a team that has identified areas of the world that are at risk for new SARS-related coronavirus outbreaks.

Professor Hayman worked alongside academics from the Polytechnic University of Milan (Politecnico di Milano) and University of California, Berkeley. He has previously worked with the team before applying his expertise in viruses, bats as virus hosts and disease emergence, while the team used their expertise in analysing geographic data.

Their research identified regions with high levels of forest fragmentation and where animal farming intrudes into wildlife habitats could facilitate the transmission of coronaviruses from bats to humans.

“These are the places where we should be doing both disease surveillance to ensure that early cases are identified, as well as trying to reduce the risk to prevent future outbreaks and pandemics. We identified hotspots, along with what changes, such as increased population, livestock farming or forest fragmentation might change a location from medium to high risk,” Professor Hayman says.

The findings illustrate how land-use change and the livestock revolution (the combination of population growth, rising per capita incomes, and progressive urbanization) may trigger the emergence of future, novel SARS-related coronaviruses.”

The team collected data on Asian horseshoe bat distribution from 2000 onwards, covering regions from Western Europe to East Asia. Analysis of spatial data on forest cover, cropland distribution, livestock density, human population, human settlements and land-use changes in regions populated by these bats (an area greater than 28.5 million km2) allowed the authors to identify hotspots at risk of potential SARS-related coronavirus outbreaks in the future. These hotspots — located predominantly in China, but also in Indochina and Thailand — exhibit higher levels of forest fragmentation and concentrations of livestock and humans than other countries.

Professor Hayman says these findings demonstrate that the conversion of wildlife habitats to agricultural land for animal farming may be driving human–wildlife interactions. “This loss of habitat is increasing the chances that humans interact with bats harbouring potentially pathogenic SARS-related coronaviruses. Understanding the circumstances under which coronaviruses can jump from wildlife to humans is crucial for predicting, and avoiding, future epidemics or pandemics, such as Covid-19.”

He says although there is little chance New Zealand will be the source of a major pandemic because of its native fauna, these types of models of land use change can be applied to any system. When looking at the changes to these areas, he says something similar could be done for understanding other important environmental changes such as water or native forest quality.