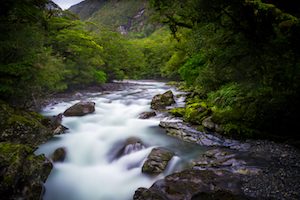 Threats to the health of our environment are largely due to human activity. It has become increasingly clear that human and animal diseases are often a result of environmental disruption and changes.

New Zealand’s alluvial aquifers in Canterbury, Hawkes Bay, Wairarapa, Southland, Waimea and Marlborough support highly productive agricultural systems through the supply of irrigation water. However, the enhanced production increases fertiliser use, and production of animal waste and the nitrogen from these products washes straight through the alluvial soils, into the aquifers, which have little capacity to reduce the nitrates.

These aquifers feed lakes and rivers, putting ever increasing quantities of nitrates into the environments loved by New Zealanders. The tension between primary sector productivity goals and environmental limits is increasing with the likelihood of production being significantly constrained in many catchments (e.g. Canterbury, Hawkes’ Bay).